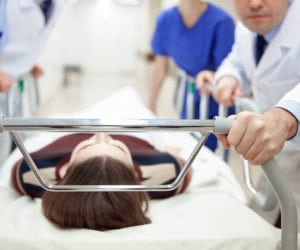 Synthetic marijuana or spice is a fairly new designer drug that, like most unregulated substances, holds many unforeseen risks. In a recent CDC report, 94 people were rushed to emergency care with severe bleeding in the span of just a month. The synthetic marijuana dangers are constantly changing as manufacturers alter their recipes to avoid the new laws passed that’s meant to stop the sale of this dangerous drug.

What is Synthetic Marijuana?

The drug known as synthetic marijuana is a designer drug that is made by spraying various dangerous chemicals on plant material. The plant substance is then smoked, but the drug can also come in a liquid form which is vaporized and inhaled. There are hundreds of brand names for synthetic marijuana and most of them are comprised of very different substances.

How Deadly is Synthetic Marijuana?

So, just how deadly is synthetic marijuana? In the severe bleeding cases reported in Illinois, Wisconsin, Missouri, Maryland and Indiana between March 10 and April 5, several patients tested positive for brodifacoum, which is the main component in rat poison. There seems to be no limit to how far drug manufacturers will go to bypass the law and make their profits, even if it means putting people’s lives at risk by adding dangerous chemicals usually found in poisons. As such, the synthetic marijuana dangers are both those that officials are aware of, such as unexplained bleeding, as well as those that are yet to be discovered.

The sheer number of different chemicals used greatly increases the synthetic marijuana dangers, which may have untold long-term effects on a person’s health which cannot be identified yet since the drug is new and constantly changing.

Another one of the synthetic marijuana dangers that has been seen in many cases across the country is seizures. These are caused by the neurological effects that the drug has. Further problems associated with spice drug side effects include panic attacks, confusion, agitation, catatonia and psychosis. Even though it is marketed as a “safe” alternative to marijuana, or even “fake weed”, it has become a far more dangerous substance than marijuana could ever be.

Additionally, the labs that spice is made in are completely unregulated and just because a manufacturer is attempting to copy a drug discovered in a medical paper does not mean that their lab is contaminant-free or equipped to properly produce it. The concentration level of the substances produced is also impossible to judge, further putting the users at risk of dangerous side effects.

Testing is also greatly lacking because unlike a lab with years of research in a chemical’s effects before even getting to the stage where the drug is tested on mice and rats, people who buy spice become the lab rats.

The longer a person abuses spice, the greater their risk of falling victim to the many spice drug side effects. Addiction is also possible as the substance is often physically addictive. But like all addictive drugs, effective treatment is available.

A drug rehab center can not only keep the patient safe during their detoxification stage, but they can give the patient medications to help with the uncomfortable symptoms. After safely detoxing, the patient can then attend therapy along with other treatment programs to uncover the behavioral problems that are responsible for abusing spice in the first place. Ultimately, a person can be helped to quit spice and then work on the areas of their life and thinking that led them to abuse spice in the first place.