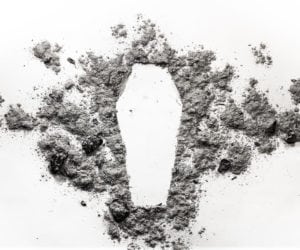 What Is Gray Death? The aptly named deadly cocktail of heroin, fentanyl, carfentanil, and the synthetic opioid U-47700 (Pink, U4), is the latest lethal combo of drugs to hit US streets. Gray Death can kill with a single dose, and a user plays Russian Roulette with his or her life each time they use it. For too many young people, Gray Death never offers a second chance at life.

What Is Gray Death?

What is Gray Death? The mixture of heroin and opioids known as Gray Death is so dangerous that a minute grain of the substance can be lethal.

The deadly drug combination is called Gray Death due to its gray powdery appearance, similar to concrete mix. The carfentanil in the mix is extremely deadly. People have died just trying to help an overdose victim because it was absorbed through the skin or breathed in. One of the major reasons for its danger is the fact so many drugs are combined, and no one knows for sure what is in each batch. The opioid blocker first-responders use, naloxone, may not be effective in cases of Gray Death overdose.

The greatest danger is the unknown and unregulated contents of these deadly drug combinations. Opioids smuggled into the United States from Mexico and sent in the mail from China are used to concoct deadly drug combinations that are distributed to American teens and young adults. Self-appointed scientists take heroin and add the painkiller fentanyl (50 times stronger than heroin). Carfentanil, the animal tranquilizer, is added next and is 100 times stronger than fentanyl. The final ingredient is U-47700 which is so deadly it can kill without any other drugs added to it. When it is added to the Gray Death mixture, it creates a lethal combo that sells for $10 to $20 and can kill in about as many seconds. Other controlled substances are also being added to fentanyl mixtures including cocaine and meth.

Individuals addicted to prescription drugs frequently turn to heroin when they can no longer obtain opioids legally through their doctor. Heroin overdose deaths are on the increase due the increase in people turning to the dangerous and addictive street drug. Signs of a heroin overdose include the following:

If any of these signs are present, call 911 immediately. Prompt emergency care does save people from heroin overdose death.

If heroin addiction is preventing you or someone you love from happiness and success, call WhiteSands Addiction Treatment Centers at (877) 855-3470. With locations in Tampa and Fort Myers FL, WhiteSands has helped thousands to recover their lives. A healthy and happy life is just a phone call away.