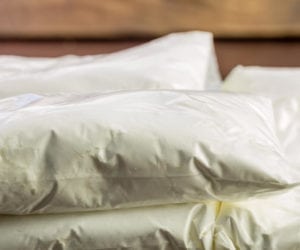 On May 31, 2018, two websites were shut down by the Department of Justice and their owners charged with selling illegal pharmaceuticals, namely fentanyl. The accused owners of the websites were Ms. Wei Xu, 52, and Mr. Liangfu Haung, 53, who both lived in Illinois at the time of the arrest.

Both of the accused are believed to have received their shipments from China. Their shipments had a range of drugs including fentanyl and methamphetamine. The drugs made it into the U.S. hidden in plastic toys shipped by FedEx. Most of the fentanyl shipments that make it to the U.S. originate from illegal Chinese manufacturers and are either shipped in or smuggled across the border.

Fentanyl is the most powerful opioid on the market today. It is said to be 100 times more potent than morphine and 50 times more powerful than heroin. Its strength is what has led to the widespread fentanyl deaths that are occurring on a daily basis. Based on the data collected by the Centers for Disease Control and Prevention, over a hundred Americans are dying from opioid overdose on a daily basis, with fentanyl being the leading cause. In 2016, more than 20,000 people in the United States died to opioid overdose, which killed more than any other drug.

Opioid abuse signs are similar in all cases of opioid abuse. Opioids affect regions in the brain that control pain and pleasure – they stop pain receptors from reaching the brain and overload the pleasure centers of the brain. The continued abuse of opioids results in an addiction – one which is very difficult to break alone.

Treatment begins with the realization of a problem. The following are common signs of opioid abuse:

These signs may be the only warning that you get before a person falls victim to an overdose. If you or a loved one is addicted to illegal pharmaceuticals, then get in touch with a rehab center today to get the assistance needed to beat it.

Thankfully, it’s possible to receive highly effective treatments for the abuse and dependence to opioids. This is achieved through a broad approach which looks to treat not only a physical and mental addiction, but also other areas of the person’s life that have attributed to their current disposition. Other mental disorders are also looked for and treated where needed as they can have a great impact on the formation of addiction. Rehab for the abuse of illegal pharmaceuticals is the best and safest way to overcome addiction.