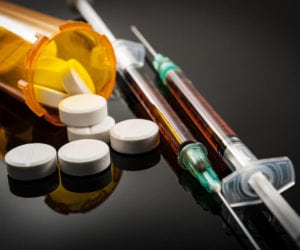 Opioid Crisis in the Us: What the Statistics Indicate

One of the ways that we can track the opioid crisis in the US is through opioid overdose deaths. According to reports by the CDC, overdoses on opioids increased by as much as 30 percent throughout all of the American states. This increase happened over the course of just 14 months from 2016 to 2017.

CDC’s acting director, Dr. Anne Schuchat, said that the increases in overdose seen across the country in the US opioid epidemic are not isolated to just one demographic; in fact, there were overdose increases in both men and women, most ages groups and in most states. She went on to say that the current opioid crisis in the US is the biggest one ever seen in the country and that the current infrastructure is inadequate and too fragile to properly deal with the issue.

Not all states saw a sharp increase in their overdose death rates: Kentucky and a handful of other states reported a decrease in opioid overdoses, leaving researchers and officials cautiously optimistic. It is unclear whether the states with a lowered overdose rate would see a persistent decrease or if it was just an anomaly.

The states that reported the most significant increases in opioid overdose were Delaware and Wisconsin, which had an increase of 105 and 109 percent respectively. Pennsylvania was another state that saw an increase of 81 percent.

All types of cities and towns across the US have been affected by the progression of the crisis. Rural parts of America are often seen as the most affected areas but in metropolitan areas that have a population of at least a million residents, they saw an overall increase of 54 percent in overdoses.

The most powerful opioid is fentanyl and it is one of the biggest causes of the current death toll. According to the CDC acting director, their new concern is heroin that is laced with fentanyl. The opioid is up to 100 times more powerful than the well-known morphine.

The opioids being abused today in the opioid crisis in the US are so powerful that it has put first responders at risk; the drugs are so toxic that even just touching or inhaling the drug due to proximity can cause poisoning.

What is Being Done About It?

Health officials suggest that in order to overcome the opioid crisis, major changes need to be made throughout all communities in the US. To start, communities and first responders need more naloxone to reverse overdoses. Addicts also need better access to medication-assisted treatment (MAT) and mental health services such as behavioral-therapy.

Harm reduction programs also need to be put into place to better screen for infectious diseases that are spread by sharing needles. Finally, officials advise that physicians must make use of prescription monitoring services to better prevent abuse.