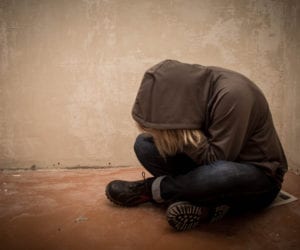 Drug Abuse and Its Effects: How Substance Abuse Can Lead to A Host of Problems

Drug and alcohol abuse exact a heavy price on those have fallen victim to addiction. The highest price that addicts can pay is through their death caused by overdose; according to a CDC report, more than 72,000 people in America died from substance overdose in 2017. Even if a person hasn’t overdosed yet, there are many other side effects of the abuse of drugs and alcohol. Drug abuse and its effects will be discussed in this article to better understand the true cost of substance abuse.

Drug abuse can cause negative effects to many aspects of life. Click here to learn more.

Drug Abuse and Its Effects on Your Health

Drug and alcohol abuse may cause a short-lived experience where everything seems to be better, but all of what you experience is just borrowed from your future happiness. Addicts end up paying for their immediate gratifications through increasingly severe effects of alcohol abuse and substance abuse.

When a person repeatedly abuses drugs or alcohol, their body and brain begin to adjust the effects of drug abuse. Your body tries fighting the effects by creating a new balance, but this new balance can have disastrous effects in the long term; the very way your brain functions can be changed, and sometimes permanently. Only through a detox, and potentially medical assistance, can normal physical function be restored.

Drug abuse and its effects on your health include the following:

The list goes on, and new studies are constantly revealing more effects of alcohol abuse and substance abuse on the body and mind.

Drug Abuse and Its Effects on Behavior

The effects of drug abuse on a person’s behavior is very impactful; everything that they once considered important can fall by the wayside as their priorities change. Much of it is as a result of learned behavior – the reward that they get from abusing drugs or alcohol changing the way their brain responds to situations – as well as the structural and functional changes that occur within the brain.

The effects that alcohol and drugs can have on a person’s behavior include the following:

How Drug and Alcohol Abuse Affect the Brain

Much of the behavior of an addict can be explained by the changes in their brain function. Most drugs have a direct effect on the reward centers of the brain – the area that is in part responsible for one’s mood and instinct. The release of chemicals such as dopamine is stimulated, causing a flood of euphoria that the person experiences shortly after using a substance.

This change can result in new behavior that prioritizes the use of drugs and alcohol over natural coping skills and behaviors. This is largely why drug and alcohol users feel cravings for a drug. Furthermore, since the neurons in the brain (chemical messengers) are being interrupted and interfered with, natural function is impeded, and this results in the brain in a sense rewiring itself. Once this occurs, the person starts to become dependent on the substance to maintain this new functioning state.

It can take months to rectify the damage that was caused, but thankfully, addiction and drug dependence is treatable through rehab programs. Get in touch with WhiteSands today at (877) 855-3470 to see how they can help you or a loved with addiction.