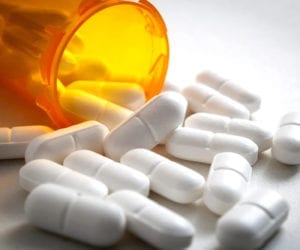 Xanax, or alprazolam, is a medication that has been used to successfully treat many people for panic attacks and anxiety disorders. It belongs to the class of drugs known as benzodiazepines, and act on the central nervous system much like alcohol does. However, in recent years, fake Xanax is being sold, and even though the abuse of Xanax can have severe consequences, the fake version of Xanax can be far more dangerous.

Learn more about xanax and its negative affects to your body.

The Rise of the Fake Xanax Problem

In 2015, eight people were hospitalized and one person died after ingesting fake Xanax tablets. Three of the people had heart attacks, and one had a complete heart failure – the first of many in the fake Xanax deaths.

The nine victims took what they thought was real Xanax because the pills even had the same markings that manufactured Xanax have, but there was a dark passenger; fentanyl.

In recent years, fentanyl has been behind some of the sharpest rise in opioid overdose deaths as people look for ways to find a more powerful high at a cheaper price. Fentanyl is an opioid that is designed to be up to 50 times more powerful than heroin, and is mainly used in surgery. However, in many cases of opioid overdose, illegal drug manufactures lace their products with fentanyl without the user knowing. Fentanyl is so concentrated that it’s impossible to accurately measure a dose with the naked eye.

Illegal drug manufacturers lace their products to increase the strength, and according to the National Institute of Drug Abuse, of the 72,000 overdose deaths in 2017, almost 30,000 were caused by fentanyl.

It seems there’s no end to the lengths that illegal drug dealers will go to up the ante on their products as fentanyl laced drugs are now becoming a part of Xanax abuse.

It is difficult to pinpoint exactly how many people have died as a result of buying the counterfeit Xanax product because if fentanyl is found in their system, the death will likely be attributed to fentanyl and not a fake version of Xanax.

Users that have been hospitalized due to overdose on these drugs are often shocked because they didn’t even have any opioids; many reports only consuming alcohol and Xanax. Doctors then started to suspect that the Xanax might have been the problem. One of the patients – a person in their early 20s – still had some of the pills left over and after testing the drug, it was discovered that it had been laced with fentanyl.

Why do people buy Xanax from unsafe sources? Xanax is an addictive drug, and if a person were to misuse it, it is only a matter of time until they find themselves dependent and craving the drug. What may have started by accident then becomes a hunt for more of the drug at any cost, and when this happens, people will turn to illegal sources to get their fix.

The problem is that illegal suppliers of drugs have no concern over the quality or legitimacy of their products. Fentanyl becomes one of the obvious choices to “cut” their drugs with because it is both cheap and powerful. This allows them to increase the amount of baking soda and other products that they use to increase the quantity of drugs they have, known as “cutting”. By adding fentanyl, they still have a powerful product even though it isn’t anything like the original product anymore.

Don’t resort to buying drugs from sketchy sources; get help today for Xanax abuse by calling WhiteSands at (877) 855-3470.