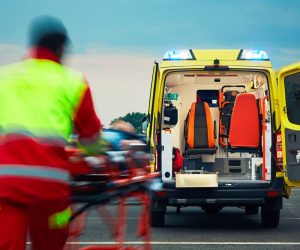 Heroin Laced With Fentanyl Responsible
for Majority of Overdose Deaths

In recent years, there has been a marked rise in heroin addiction and overdose deaths. Part of that rise can be traced to the adulteration of an already dangerous drug with an even more powerful and addictive substance. That substance is known as fentanyl, and it is responsible for the majority of overdose deaths.

The reason why heroin laced with fentanyl has been responsible for an outsized percentage of overdose deaths is due to the unique nature of the drug. Fentanyl is much more powerful and far more addictive than heroin, and that makes it uniquely dangerous.

You may have heard about the problem of heroin laced with fentanyl, but what is fentanyl, and what makes it so deadly? Heroin is dangerous enough, but fentanyl-laced heroin dramatically increases the danger, mainly due to the unique nature of fentanyl and its use.

Fentanyl is a powerful animal tranquilizer that is routinely used to sedate large and dangerous species, including lions and elephants. When viewed through this lens, the dangers of fentanyl are all too obvious – a drug with the power to bring down a ten-ton elephant will obviously have an outsized impact on a much smaller human body.

In the world of illegal drugs, fentanyl is often used to stretch the supply of more expensive drugs like heroin. In fact, the main driver of fentanyl-laced heroin is profit – drug dealers cut their heroin with fentanyl to get more doses and ultimately more money.

No matter what the motive, fentanyl-laced heroin is extremely dangerous, and its rise means that getting into treatment has never been more critical. If you have been using heroin or worrying about someone else in your life, it is time to pick up the phone and give the staff WhiteSands Alcohol and Drug Rehab a call.

What Is Heroin Laced With Fentanyl?

Whether it is smoked, snorted, or injected, heroin remains one of the world’s most dangerous drugs. Heroin has a powerfully addictive nature, creating a stronghold on the body and intense psychological cravings. But there is an even greater danger for heroin users, one that is impossible to detect until it is too late.

As the increase in heroin laced with fentanyl became more prevalent recently, and the adulteration of an already dangerous substance has made the existing epidemic of heroin addiction even worse.

Drug dealers like fentanyl-laced heroin because it increases their profit margin by stretching the supply, even as it puts their customers, emergency room doctors and nurses, and first responders in extreme danger. Sometimes heroin laced with fentanyl is used to induce even faster addiction, creating a dependency on the very dealers who use these nefarious tactics.

Many dangers accompany the problem of heroin laced with fentanyl, starting with the fact that this potent drug can be deadly in incredibly tiny quantities. It only takes a small bit of fentanyl to be fatal, and when heroin is laced with the drug, the resulting mixture can be mind-bogglingly toxic.

Even long-term heroin users may not be prepared for the toxicity of fentanyl, and unknowingly buying heroin laced with fentanyl could set the stage for a deadly overdose. And even if the result of fentanyl-laced heroin is not immediately fatal, the fact that fentanyl is so powerfully addictive could make an already bad drug dependency situation far worse.

Given the enormous increase in fentanyl-laced heroin, every use of this already dangerous drug carries the risk of an immediate and fatal overdose.

Getting treatment for heroin addiction has never been more critical, but it has also never been easier. You do not have to wait for the problem of heroin laced with fentanyl to directly impact your loved one – not when you have access to one of the best treatment centers in the country at WhiteSands Alcohol and Drug Rehab. The path to a better and safer life for yourself or someone you care about is just a phone call away, so reach out to WhiteSands Alcohol and Drug Rehab today to learn more about heroin, fentanyl addiction, and what you can do to break the cycle of dependency.