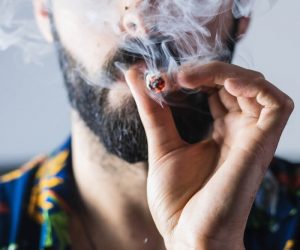 Can You Become Addicted to Marijuana?

Marijuana is one of the most widely popular drugs across America with many experimenting with marijuana use in their younger years and turning to marijuana as a way to de-stress and decompress after a long, stressful day. There has become a common misconception among Americans that marijuana is a safe drug to use that does not pose a risk for addiction as it is used for medicinal purposes in some states, leading many to believe that there are no harmful components associated with it.

However, the DSM 5 and the National Institute on Drug Abuse have identified marijuana as an addictive drug. Research has shown that individuals that use marijuana demonstrate similar behaviors and patterns that are similar to other substance abuse disorders. Individuals that engage in cannabis use will develop a physical dependence on marijuana. The intensity of your physical dependency will become significantly greater as your tolerance for marijuana increases. The more your tolerance builds, the larger amounts of marijuana you will need to use to reach the same desired effect.  When your use of marijuana abruptly ends, your body will experience withdrawal symptoms that can create unpleasant side effects including restlessness, difficulty sleeping, intense drug cravings, loss of appetite, and irritability or agitation.

Signs of Marijuana Use Disorder

Common signs of a marijuana use disorder are:

Statistics About Marijuana Use in America

To learn more about the downsides of legal marijuana, read our recent article below:

The Legalization of Marijuana and the Negative Impact

Drug Rehab for Weed at WhiteSands

WhiteSands has created a drug rehab program that helps to break down the stigma of weed addiction and allow patients to address the impacts marijuana has had within their life. We believe that addiction does not happen for no reason. It develops over time and, at the root of it, is emotional pains or traumas that have impacted your ability to manage stressors or triggers. Our comprehensive, whole-person integrated approach to addiction treatment will support patients in developing healthy coping strategies with the use of holistic and traditional methods of drug addiction therapy methods. Contact WhiteSands today to find out more about the new life foundation of sobriety you can have with the support of our compassionate counselors.