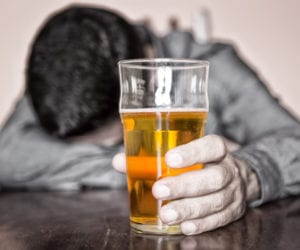 Alcohol has provided a diversity of functions for people throughout history. It has been an important part in religion and worship. Alcohol has served as sources of necessary nutrients widely used for their curative, antibacterial, and painkilling properties. It is not known exactly when the substance was first used. Yet, there is proof that fermented beverages have been in existence for thousands of years.

In the early modern period through at least the beginning of the eighteenth century, attitudes toward alcohol consumption were categorized by recognition of the positive effects of moderate consumption and a greater concern over the negative effects of alcohol abuse.

Many factors such as genetics, upbringing, social environment, and psychological health can lead to substance abuse. There are certain scenarios that will but some more at risk of developing an alcohol dependence than others. Individuals with family history of alcoholism or who have friends with this problem are more likely to have an issue with drinking. However, each person will respond differently to alcohol consumption and addiction treatment. Also, individuals suffering from a mental health condition including depression, anxiety, or a bipolar disorder have higher risks of developing an alcohol dependence; they often self-medicate with alcohol to suppress negative emotions associated with these disorders.

Alcoholic beverages have different levels of alcohol in them. A beer generally has 5%; wine is typically 12 to 15% alcohol and hard liquor around 45%. The substance can get into the bloodstream fast. The type of diet can change how quickly this process occurs and how the user responds. For instance, high-carbs and high-fat foods cause the body to absorb it slowly. Also, certain types of beverages can get into the bloodstream faster. A good example of these are carbonated drinks such as champagne, which can be absorbed sooner than non-carbonated beverages.

Alcohol can slow down the user’s heart rate and breathing rate, and also change how the brain functions. These effects are generally noticeable in about 10 minutes after the last drink. Alcohol stays in the bloodstream until it is processed by the liver. The quantity of alcohol in the bloodstream is termed blood alcohol level. This level rises in users who drink faster than their bodies can process it. The blood alcohol level can legally define whether someone is drunk.

Drinking excessively can lead to devastating health consequences which may include:

Addiction experts make a distinction between substance abuse and alcohol dependence or addiction. Alcohol abusers can limit their drinking, while alcoholics generally cannot. This destructive behavior can be dangerous to the user and those around them. Addiction is an inability to control a dependence on a particular substance or action. The disease can lead to life-threatening consequences. Alcoholism is one of the most dangerous forms of addiction, causing thousands of death in this country each and every year.

Some common signs and symptoms of alcohol abuse may include:

Addiction is a serious medical condition that often involves treatment at an alcohol treatment center. Quitting consumption of the substance abruptly after long term use can lead to severe medical complications, which may include death. Detox from alcohol abuse should not be attempted without professional assistance, since the symptoms of alcohol withdrawal can be very intense and at times, deadly.