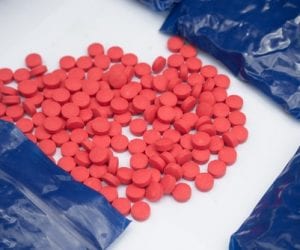 Amphetamine is classified as a stimulant. It is the generic drug of the class amphetamine. It?is used to treat such conditions as narcolepsy and attention deficit disorder, but has also been widely used as an appetite suppressant. The substance serves to stimulate the central nervous system by heightening certain chemicals in the brain and body. The result is an increase in heart rate, elevated blood pressure and over-stimulation of the central nervous system.

Doses are given in time-released capsules in order to feel the effects of the drug over a sustained period of time. These drugs are extremely habit-forming, and can have long term physical and psychological effects. It is imperative that patients notify their doctor of any and all medications that they may be taking, or have taken, within 2 weeks prior to beginning treatment with amphetamine. It is especially important in the case of MAOI (monoamine oxidase inhibitor) and Nardil consumption. Other drugs such as insulin, haldo, lithium, and others may also interfere with the performance of amphetamine.

There are many street names for amphetamines due to the numerous varieties of the drug. Users attribute code names to drugs in order to conceal their addiction from friends and family, as well as perhaps never knowing what pharmaceutical drug they are consuming. The following is a brief list of street names given to amphetamines:

Amphetamine is processed in many ways. The original tablet form is the standard and is meant to be taken orally. However, Users have since come to know other forms of the drug. They are now seen in powder, liquid, paste, and crystal form. Abusers of the drug often crush tablets in order to snort them, inject the liquid form, or smoke the crystal and liquid forms of the drug.

As with most other drugs, use caution when operating machinery, driving, or when performing any other hazardous duty. Amphetamine can cause dizziness, blurred vision, restlessness, and may hide the symptoms of extreme fatigue. If you experience these effects contact your doctor. Amphetamines should be taken early in the day. A dose taken too close to bedtime may cause insomnia.

The substance is a narcotic and is classified as a Schedule II-N controlled substance by the Food and Drug Administration. Substances in this schedule do have a limited medically necessary component, but have a high potential for abuse which may lead to severe psychological or physical dependence.

Signs of abuse may go unnoticed in the beginning. This drug initially presents as a powerful aid, allowing the patient to seemingly perform at optimum levels, gain increased energy, suppress their appetite, and have what is assumed to be, accelerated capacities for function and motivation. False assumptions quickly reveal themselves when the patient must continue to increase their dosage to maintain the level of productivity that they have achieved.

A Romanian chemist, Lazar Edeleanu, first synthesized amphetamine in 1887 from a chemical compound found in the Ma-Huange plant found in China. This synthesized drug would not come into wide use until the 1930’s. Although the drug was noted in the 1920’s to dilate the bronchial sacs in those suffering from allergies, colds, and asthma, it would be 1932 before the first common form of amphetamine was available. Benzedrine became the first amphetamine product, and was sold without prescription in the form of an inhaler. The tablet form became available in 1937 as a treatment for narcolepsy and minor depression. People in the 40’s, 50’s and 60’s came to know amphetamine as the “stay awake” pill. They were used during WWII by soldiers, in schools by students, by truck drivers, and anyone else that needed that jolt to stay awake. By the 1960’s it became clear that there were addictions and problems with abuse. The inhaler was pulled from the over-the-counter market and was sold by prescription only starting in 1965.

The “crash” that follows amphetamine abuse often leads to severe fatigue, a loss of sense of self, disinterest in daily activities, relationship issues, and depression. In addition to the emotional and psychological effects, the addict is physically depleted, malnourished, and may have damage to their heart and other bodily organs. During detox patients may experience nightmares, irritability, panic attacks, extraordinary hunger, and anxiety.

Detox can be achieved by systematically tampering dosages, but the preferred means of detox would be spontaneous in nature. Detox usually takes 3 to 5 days to complete. Other guided treatments should then be utilized; these include nutritional maintenance, counseling, and both individual and group therapy, as these are essential aspects of a successful recovery.

Amphetamine withdrawal can be successfully managed by a qualified treatment facility. If you, or someone you know has a problem with addiction please seek professional drug addiction treatment. To locate a facility in your area that can provide the assistance you need, call 877-855-3470.