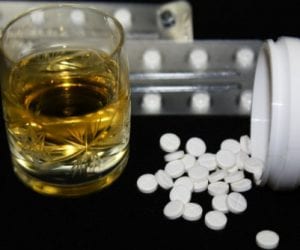 Clonazepam, also known as Klonopin, falls under the class of Benzodiazepine drugs. In most cases, physicians prescribe these drugs to treat medical issues such as seizures, panic attacks, anxiety disorders, restless leg syndrome and mania. Clonazepam acts rather quickly when taken and produces a calming effect on the body. It works by reducing the excess electrical brain activity that occurs when someone is having anxiety, a seizure or sudden panic attack. Because of this drug’s speed and efficiency, it is commonly combined with other illegal or prescription drugs and alcohol. This combination helps to enhance the drug’s impact or to reduce anxiety or nervousness that may be a side effect of these other substances. In addition, Clonazepam can produce hypnotic and muscle-relaxing effects, which draws many people to use the drug for nonmedical purposes. Due to Clonazepam’s high abuse rate, most mental health counselors and addition therapy specialists regard it as one of today’s most harmful substances.

Clonazepam: How is it Used

Effects of Clonazepam and Signs of Abuse

Clonazepam may cause a variety of side effects, many of which can be dangerous if someone is abusing the drug. In fact, the Substance Abuse and Mental Health Services Administration states a 2006 study showed over 33,000 trips to the emergency room because of nonmedical use of the drug. Let’s take a closer look at the short and long term effects of this medication.

It is not difficult to develop a Clonazepam or Klonopin addiction, due to the medication’s quick tolerance, unusually long half-life and addictive qualities. Most often, Clonazepam is used as a secondary drug along with other drug and alcoholic substances. In fact, 95 percent of those addicted to the medication report abusing it with another substance. The majority of these admissions were from non-Hispanic white females, between the ages of 18 and 34. Another startling statistic involving the drug and women is from The Drug Abuse Warning Network, who states emergency room visits for suicide attempts between 2005 -2006 involving Clonazepam and females, increased by 84 percent.

Benzodiazepine, which is the class of drug Clonazepam falls under, was ranked fifth in 2011 of most commonly abused substances. Many cases of abuse begin when someone starts self-medicating with Clonazepam to deal with stress, peer pressure, a traumatic event, depression or anxiety. Benzodiazepines are documented as habit-forming substances. Users will need more of the drug over time to produce the desired effect, as their body will become tolerant. This fact, along with withdrawal symptoms that can occur when someone stops taking Clonazepam, are main factors regarding developing an addiction to the drug.

Many people have successfully recovered from a Clonazepam addiction. It is important to note that withdrawal side effects can be severe or painful if someone completely stops taking the drug after using it for an extended amount of time. In these cases, users are often directed to titrate the dosage down until the body is no longer dependent. Severe withdrawal symptoms can include seizures, anxiousness, suicidal thoughts, headaches and insomnia. Slowly titrating down has also been shown to decrease the rate of suicide, and should be done under the supervision of a physician or addiction rehabilitation center. Research shows most people addicted to Klonopin or Clonazepam are unable to recover on their own without outside supervision and help, which highlights the need for addiction recovery support to help users deal with the psychological and physical issues that occur during the detoxification process.