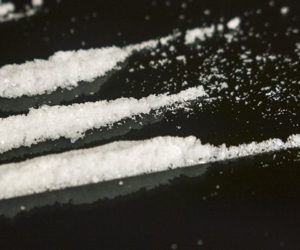 A derivative of the cocoa plant, Crack Cocaine is a highly addictive cheap alternative to pure cocaine. The drug is made by dissolving and boiling powdered cocaine (hydrochloride) in a solution of water and baking soda or ammonia. After the mixture cools, it is converted into an off-white, hard amorphous material. In appearance, crack cocaine looks like jagged rock crystals. By the time it gets to the end user, it is broken up into small chunks which makes it easier to distribute.

Any drug that increase brain activity fall into the category of a stimulant. Such is the case with crack cocaine. Stimulants like crack cocaine are sought after because they have the potential to increase alertness, elevate moods and heighten awareness. While some stimulant drugs such as caffeine, nicotine and amphetamines are legal and widely used, they all have the ability to cause dependency and addiction. The primary commonality between stimulants, whether they are legal or illicit, is the ability to temporarily energize the user.

How Is Crack Cocaine Used?

When heated, Crack Cocaine vaporizes smoothly which makes it easy and pleasurable to smoke. The inhalation of the vapor into the lungs makes the effects of the drug fast acting. Users experience an almost immediate but brief euphoria. While the high is short lived, the stimulating effects of the drugs can last for hours. Efforts to repeat the powerful yet fleeting rush is one reason users become addicted.

There are numerous street names for Crack Cocaine. However the drug was originally referred to as Crack because of the cracking or popping sound that is produces when it is being heated beyond the point of vaporization. Other street names for crack cocaine include:

Crack cocaine evolved out of the need for bigger profits for drug dealers. Unlike the ancient cocoa plant and even its purer powdered form, crack cocaine’s history is far from ancient. This drug was produced during the cocaine boom of the mid-1970s.

According to the US Drug Enforcement Agency, the huge demand for cocaine in the 1970s resulted in a large shipment into the United States. The supply exceeded the demand which resulted in a decrease in the price of cocaine. In an effort to maximize their profits, drug dealers became creative and converted the powdered cocaine into the product now known as crack.

Crack first appeared in Los Angeles, San Diego, Houston and the Caribbean. Its growing popularity led to the crack epidemic of the 1980s. Use of the drug and addiction to it quickly spread to most U.S. cities with over five million people during that period admitting to smoking crack on a routine basis. However, by the year 2000, use of this drug began to decline. National surveys and reports indicated a drop from a million users to less than 600,000 within a two year period.

Recently however, cocaine has experienced a resurgence and is now the drug to watch in 2015. Although law officers are speculating as to why crack cocaine is trendy again, they are even more concerned because of the high level of criminal activity that typically surround its use. Police in several cities have reported the confiscation of more crack in the first six months of 2014 than in all of 2013.

Crack Cocaine has such a powerful impact on the human body that some deterioration of the heart, lungs and brain occurs within months of habitual use. Inhalation of this result constricts blood vessels, elevate blood pressure, create tension in major muscles groups and cause rapid beating of the heart. These reactions have the potential to cause a stroke or a heart attack. Premature aging is also a negative side effect of habitual crack use.

Symptoms of crack cocaine include:

Abuse of this drug occurs primarily because of the rush and crash syndrome. The crack high is so powerful and so brief that the user will continue to smoke to repeat the experience. Long term use of this drug quickly leads to an ongoing increase in dosage. This inevitably leads to addiction and adverse physical and mental effects.

Dependency or addiction to this drug is a lifetime condition according to the Center for Disease Control (CDC). As such timely treatment to halt drug use, mental rewiring and management of addiction behavior is highly recommended. Drug rehab centers provide the best option for treatment and long term sobriety. Medical professionals at drug treatment centers help the addict to safely detox and facilitate rehabilitation. Crack addiction treatment involves cognitive behavioral therapy that is shown to be instrumental in preventing future relapses.