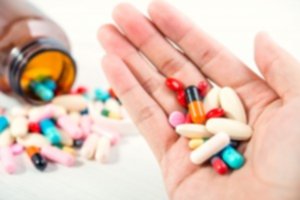 Demerol is also known as Pethidine or Meperidine. It is a fast acting synthetic opioid that is used to treat moderate to severe pain. It is available as a tablet, syrup, an intramuscular injection or as a patch. Although this drug is not necessary recognized by all scientists as a narcotic, it has a high toxicity level and the potential to cause dependency and addiction. Tolerance to Demerol can develop quickly with regular use. This drug was originally formulated as to block acetylcholine in both the central and peripheral nervous system. Acetylcholine is an organic molecule that acts as a neurotransmitter on both nervous systems. However, once its effectiveness as a pain killer was discovered, pharmacologists began to research its use as an alternative to morphine for pain management. Demerol s reputation as a drug with a euphoric side effect has made it one of the most popularly abused prescription medications today. Its prevalence is helped by the fact that it is stronger than other pain killers, and much more accessible. Those in addiction to this drug are mostly former patients for whom it was prescribed to treat pain. These converted addicts pursue any source, even known drug dealers to get their supply.

The street names for Demerol are:

In the United States, Demerol is classified as a Schedule II Controlled substance. The Federal Drug Administration gives this classification to drugs that has medicinal benefits and also the potential for abuse and addiction. The respiratory and circulatory depressant effects of this drug is a major hazard which can literally stop cardiac and respiratory functions resulting in death.

Triggers to drug use and abuse can be initiated based on any number of factors such as biological, social, environmental or due to a genetic predisposition to addiction. Underlying causes such as a mental illness or Post Traumatic Stress Disorder (PTSD) could also contribute to the beginning and progression of addiction. Being aware of the signs of abuse can help those who are addicted and their loved ones to seek timely treatment. Demerol abuse and addiction provide a number of indicators such as:

Adverse effects of this drug range from mild to severe with both physical and psychological impacts. The most commonly reported side effects include constipation, headache, mood changes, and dry mouth, ringing in the ears, trouble sleeping, nausea, vomiting, upset stomach and blurred vision. In an overdose situation symptoms are more severe and can include:

These are all signs of a drug overdose and require immediate emergency medical attention. Call 911 if you or a friend or family member is experiencing any of the preceding symptoms. Demerol addiction can lead to fatal consequences especially its use is accompanied by substances such as alcohol, or other drugs.

Demerol as Meperidine was formulated in a German laboratory in 1939. Although not originally created to be a painkiller, the drug soon proved its potential in this area and was packaged in vials or ampules so that it could be injected. It was considered a stronger and cheaper alternative to morphine which helped to propel its use and popularity. For decades the drug was being manufactured and prescribed to people due to the false assumption that it was less addictive and certainly less harmful than Morphine. Overtime as people began to develop addiction to the drug further research revealed that it was as addictive as morphine. In spite of this revelation, Demerol (Meperidine) has become one of the most widely used painkillers today. As is expected, Demerol has also gained a reputation for causing multiple addictions.

Demerol addiction treatment is available through drug addiction rehab treatment centers that are medically staffed and equipped to manage the complete rehabilitation process for this drug. Treatment entails a detoxification procedure that is designed to alleviate the discomfort and withdrawals as well as administer medical assistance in the event of a drug withdrawal health crisis. Treatment also includes relapse prevention tools and education that enable clients to enjoy long term sobriety.