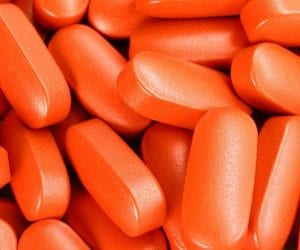 Dexedrine is the brand name for Dextroamphetamine sulfate. It is an extended release prescription medication that aids in focus and concentration. This drug is an amphetamine product that contains inactive ingredients such as sucrose, lactose, corn starch, acacia and magnesium stearate. Dexedrine comes in tablet and capsule formulations. Tablets are four sided white (diamond shaped) with surface imprints of a 10 on one side and an M on the other. The strength of the drug is 10 mg.

Other brand names for Dexedrine includes Desoxyn, Dexedrine Spansules, Dextrostat, Didrex, and Vyvanse. On the street, this drug may be referred to as:

Dexedrine is a nervous system stimulant that has been classified by the Federal Drug Administration as a Scheduled II controlled substance. Drugs under this classification have specific and legitimate medicinal purposes with a high potential for abuse. The stipulation for prescribing this medication are:

How is Dexedrine Used and Abused?

This drug has been approved for use in the treatment of attention-deficit hyperactivity disorder (ADHD) in both adults and children as well as narcolepsy which is a sleeping disorder. People with ADHD are typically very restless, easily distracted and as a result have difficulty concentrating. The drug is effectively reduces this mental unrest and allow for alertness and focus. The extended release component of the drug is also helpful in keeping the patient stabilized over a continuous period without the need for repeated dosing.

Abuse of the drug occurs because as an amphetamine, Dexedrine can be habit-forming especially when habitually used in doses that are higher than recommended by a physician. Those who use Dexedrine for purposes other than medicinal reasons usually crush the pills into a fine powder so that it can be snorted. People have been known to abuse Dexedrine for the purposes of staying awake to study, getting high and for weight loss. When abused, this drug can have serious side effects such as:

Most people who use this drug over a period of time can easily develop a dependency that lead to addiction. Despite the new prescription drug laws that help to minimize drug overdose and addictions to drugs like Dexedrine addictions, are still occurring.

Those who experience accidental addiction normally begin with occasional use. However, because of the drug’s addictive properties, once a dependency is developed the user can experience uncomfortable withdrawal that drives them to use the drugs to alleviate the discomfort. This cycle begins the process of addiction.

This drug can be particularly dangerous when abused.  During addiction, the frequent increase in dosage can cause damage to internal organs, paranoia, hostile behavior and psychosis. When combined with alcohol, Dexedrine can also mask the symptoms of inebriation which can lead to alcohol poisoning if the user continues to drink. It is therefore extremely important to recognize the following signs of abuse or a growing dependency on this drug. These include:

The basic component of Dexedrine, amphetamine was originally manufactured in Berlin under the chemical name “phenylisopropylamine” by Lazar Edeleanu, a Romanian chemist. The drug’s popularity grew slowly because it was not widely marketed at that time. Once the medical community recognized the stimulant properties of the drug dexamphetamine it was introduced in tablet form under the Dexedrine trade name. In the United States, the drug was originally approved to treat obesity and depression in addition to ADHD and narcolepsy. The introduction of the extended release capsule occurred in the 1950s to facilitate the treatment for fatigue.

Those who have become addicted to Dexedrine usually suffer from excessive cravings and moderate to severe withdrawal symptoms that can lead to a relapse. As such treatment usually begins with a medically supervised detoxification process. With medical oversight, withdrawals are more tolerable and patients are able to safely halt drug use without recidivism. Our Drug rehab facility takes a comprehensive approach that includes, in addition to the inpatient medical detox and a series of integrated treatment protocols that include cognitive behavioral therapy.

For more information about treatment for Dexedrine abuse or addiction call us today at 877-855-3470.