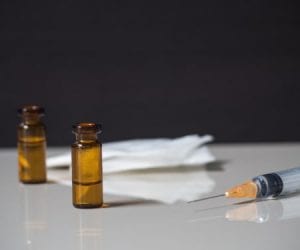 Ketamine is a short-acting anesthetic that can create a dream-like or out-of-body experience if taken in high dosages. As a strong anesthetic, ketamine can affect a person’s sight and hearing, creating a feeling of detachment from his or her body.

The U.S. Food & Drug Administration approved the drug in the 1970s for use as an anesthetic for humans and animals. The FDA put ketamine on the controlled substances list in 1999. An estimated 16,000 prescriptions for ketamine were issued in 2012, according to the Drug Enforcement Administration.

Street names for ketamine include:

Ketamine is largely used as an anesthetic on animals in veterinary practices, according to the National Institute on Drug Abuse. The medication was also traditionally used as an anesthetic on children. In recent years, doctors have prescribed it off-label to treat those with depression, according to the National Institute of Mental Health. In 2014, the FDA designated the drug as a breakthrough therapy drug for depression in people who require a rapid-acting antidepressant. However, further research must be conducted to determine ketamine’s true value as a longer-term depression treatment.

Side effects associated with taking Kapanol include:

More serious side effects can include:

Abusers of ketamine may inject the drug, put it in drinks, snort it or mix it in cigarettes or joints. When taken, abusers may call the experience of using ketamine as “K-Hole” or going to “K-land.” The drug has similar effects and chemical actions to those who abuse PCP. The National Institute on Drug Abuse groups ketamine as a “Club Drug,” like Rohypnol and GHB. Some criminals use ketamine as a date rape drug. The drug is odorless and tasteless.

Signs a person may be under the influence of the substance include:

With repeated use, abusers can develop a tolerance for the substance and may start to crave the drug. When taken in high dosages, it can have potentially deadly consequences in the form of breathing difficulties. Other serious side effects include poor motor function and very high blood pressure.

Ketamine can also cause flashbacks for up to several weeks after it is last used.

Treatments for ketamine addiction can include counseling and supportive therapy, including medications to reduce withdrawal symptoms. Those addicted to the substance often benefit from counseling to help a person understand how his or her drug abuse affects the person and others.

For more information on ketamine abuse or if you think a loved one is suffering from ketamine abuse, please call our drug treatment center at 877-855-3470.