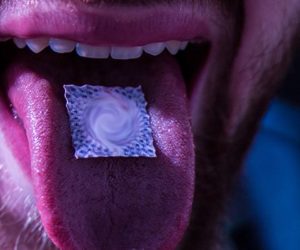 Albert Hofmann, a pharmaceutical chemist, first developed LSD (otherwise known as acid) back in 1938 while trying to find a blood stimulant. The drugs hallucinogenic effects were not realized until 1943 though, when Hofmann accidentally ingested some of the substance. It was discovered that a dose comparable to a few grains of rice has the capabilities of producing vivid hallucinations. Throughout the 40s, 50s, and 60s LSD was used in a variety of experiments to try and determine if it could have any medical usage. A medical use was not uncovered, but in order to conduct these experiments the drug was widely distributed, and this led to the popularization of the substance.

LSD received major popularity in the 1960s with the help of psychologist Timothy Leary. He encouraged American students to turn on, tune in, and drop out.This idea created a counterculture of substance abuse. LSD became a large part of the culture in the 60s, as it was used to escape society’s problems. During this decade, the war in Vietnam caused many to turn to drugs as an outlet. The wide-spread use of the drug considered mind-expanding, was especially popular among the music scene, as people would take it to fully experience the music and avoid all of the negativity in the world. Popular figures at the time such as Timothy Leary, Ken Kesey, and Albert M Hubbard encouraged the use of LSD recreationally. Also a variety of experiments were conducted to see if the drug could be used as a type of chemical weapon; affecting people’s behavior in ways that could help the government control the population. It wasn’t until the mid-1960s that the substance was made illegal in the United States.

LSD can come in a variety of forms; capsules, tablets, and occasionally in liquid form. It is most often added to a form of absorbent paper, divided into decorated pieces equivalent to one dose each, and ingested orally. While under the influence of the drug, a person is considered “tripping”.These trips can last up to 12 hours. The odorless, colorless, and tasteless drug painted on small squares of paper can produce intense effects with just a simple lick. Acid has also been known to absorb into someone’s body and cause them to trip, simply by coming in contact with the skin. A very small amount of this powerful substance can change the world around you simply by its touch.

You cannot predict the effects of acid. It depends on a variety of things such as how much was taken, a person’s particular personality/mood, and the surroundings in which the user took the substance; it usually only takes about 30 to 90 minutes for the drug to kick in. Some physical effects the drug has at its onset include a change in body temperature, dilated pupils, an increase or decrease in heart rate and blood pressure, and/or sweating and chills. Someone on LSD might lose their appetite, become unable to sleep, experience dry mouth or tremors, but most often, experience vivid visual changes and hallucinations; they may become fixated on the intensity of certain colors and images.

In addition to changes in perception, LSD also greatly affects the mood of those under the influence. Extreme mood shifts ranging from spaced-out, bliss, and intense terror. One of the most nerve wracking aspects of an acid high is that someone under the influence will be unable to tell if the sensations they are experiencing are part of reality or created by the drug.

A dose of acid will produce delusions and hallucinations. It also changes the user’s sense of space and time and can distort colors as well as well as the size and shape of objects. Someone on acid may lack the ability to make sensible judgments and recognize danger. Not only can the drug produce bad trips, which elicit feelings of panic, confusion, sadness, and terrifying visual imagery; the substance accumulates in the body and it is not uncommon for users to experience flashbacks or a recurrence of a trip without warning and sometimes long after taking the drug.

The substance produces a tolerance, meaning a consistent user will have to take larger amounts of the drug as their habit progresses. Someone who abuses the substance both disassociates from life and has an urge take a higher dosage in order to experience false feelings of enlightenment that they believe to be life-changing. After a trip, someone may suffer from anxiety or depression, and with a more severe addiction, psychoses such as long-lasting depression or schizophrenia. People who have taken too much of the drug, even just one time, have been known to suffer from permanent mental damage. Like most drugs, acid can be addictive, and in some cases, fatal. The drug alters ones perception in such a way, that even your first time can leave you with lasting negative effects.