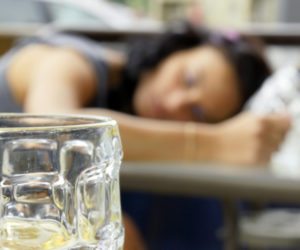 College binge drinking facts and statistics every parent should know

To help parents understand the scope of the problem that binge drinking poses to college students, we’ve compiled college drinking statistics from various reputable sources. These sources include the World Health Organization, The National Institute on Alcohol Abuse and Alcoholism (NIAAA), and the 2014 National Survey on Drug Use and Health (NSDUH) conducted by The Substance Abuse and Mental Health Services Administration (SAMHSA), among others.

What is binge drinking?

The National Institute on Alcohol Abuse and Alcoholism (NIAAA) defines binge drinking as “a pattern of drinking alcohol that brings blood alcohol concentration (BAV) to .08 grams percent or above.” This typically occurs after women have had 4 drinks and men have had 5 drinks in the space of about 2 hours.

According to The Substance Abuse and Mental Health Services Administration (SAMHSA), which conducts the annual National Survey on Drug Use and Health (NSDUH), binge drinking is defined as drinking 5 or more alcoholic drinks on the same occasion on at least 1 day in the past 30 days.

How widespread is binge drinking on college campuses?

In 2014, 37.9 percent of college students ages 18–22 engaged in binge drinking (5 or more drinks on an occasion) in the past month compared with 33.5 percent of other persons of the same age.

2 percent of college students ages 18–22 engaged in heavy drinking, which is defined as drinking 5 or more drinks on an occasion, 5 or more times a month, in the past month compared with 9.5 percent of other persons of the same age.

What are the consequences of college binge drinking?

Some of the most troubling college drinking facts have to do with the affects that binge drinking can have on student safety. Binge drinking can lead to blackouts, passing out, and incidents of alcohol poisoning, which can be fatal. During a blackout, affected individuals often act in ways they ordinarily would not, and they generally wake without any memory of what they did or said. This heavily inebriated state puts students at an increased risk of being the aggressors or victims of sexual assault and violence. Researchers estimate that every year, the following numbers of college students between the ages of 18 and 24 face the consequences of college binge drinking:

A single incidence of binge drinking can diminish a person’s ability to perform abstract thought for as long as 30 days.

Around 1 in 4 college students report academic consequences from drinking. These consequences include falling behind in class, missing class, poor performance on exams or papers, and earning lower grades overall.