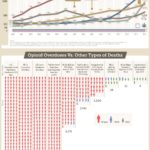 How many people die from drugs every year? Are our fears and priorities aligned with reality in terms of political stances, budgeting, and public interest? A lot of people might hear about the occasional celebrity heroin death, but most don’t realize how many people die from heroin every year and how much drug-related deaths have spiked in the past decade. So what are the heroin overdose death statistics, and which drug causes the most deaths in the United States? Read More → 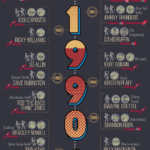 This ultimate list of rockers and celebrities who died from drugs shows us the constant toll that drugs like heroin have had on popular culture. Today, rock star overdose deaths are so frequent that they’re almost expected, but have we ever truly asked ourselves why? Hard drugs have resulted in a constant loss of life among our nation’s most talented performers, from Janis Joplin to the artist formerly known as Prince. Some will try to paint drugs as a part of the “scene,” but each musician drug overdose is a tragedy for the industry. Read More →