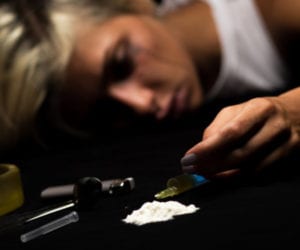 Heroin is a potent opioid drug derived from the resin of the poppy plant and can be smoked, snorted or injected. Heroin addiction facts affirm that the drug has a high potential for abuse. Many people who were prescribed opioid painkillers and become addicted to them have switched to heroin when their doctor would not renew their prescription. Heroin addiction has reached epidemic proportions in the U.S. and efforts are being made to address this issue. Among the efforts to help curtail heroin use is the promotion of awareness to the public. There are many heroin addiction facts that we should become familiar with regarding heroin, such as:

This is a summary of heroin addiction facts, heroin statistics and heroin effects on the brain to help you become more aware of the drug and its effects on the addict and society. If you suspect a loved one of abusing heroin, this summary may be helpful in identifying the problem. Help against heroin addiction is just a phone call away. Learn more about detox and rehabilitation options with WhiteSands Treatment Center.