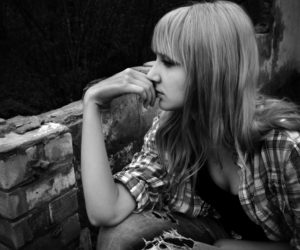 Wondering how to tell if someone is on drugs? Look for the following signs and symptoms

With drug abuse and addiction running rampant across America, it is every parent’s concern to be vigilant of their loved one’s behavior. There are signs and symptoms of drug abuse and addiction that may suggest that your friend or family member is using drugs. How to tell if someone is on drugs may also depend on what type of drugs are being taken. Different drugs can cause specific symptoms that other drugs do not create.

You can learn how to identify a drug addict by studying the signs of drug addiction:

How to Identify a Drug Addict

As you can see, symptoms will vary depending on what substance is being used. Other marked behaviors of drug addicts include lying and manipulation; the drug addict will try to cover up his actions and whereabouts. He may ask to borrow money or steal money to get his drug. An addict may have withdrawal symptoms if he has not taken his drug. These are all clues on how to identify a drug addict.

Signs of Drug Use in Men

Men may exhibit the usual effects of drug abuse, but they may have an increase in criminal and aggressive behavior. Men have the highest rate of drug addiction in the U.S. and it is estimated that about 67% of substance abuse admissions in the U.S. are male. It is believed that men are higher risk takers than women and this may be one of the causes of higher substance abuse among men. Research has shown that many male prison inmates who abuse drugs also have co-occurring mental disorders. Some of the most common substances used by men are:

Homosexual men have a higher substance abuse rate than heterosexual men and this is attributed to childhood trauma and the need to self-medicate the psychological stress. Signs of drug use in men may include:

It is easier to know how to identify a drug addict when you have the facts. There may be different signs of drug use in men than there are in women, but most drug addicts will exhibit some of the signs in this article. If your loved one is exhibiting some of these signs, it may be time for an intervention to address the problem.