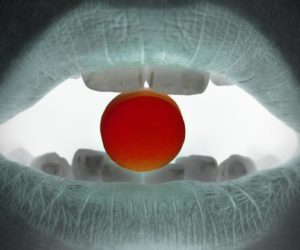 Understanding Ecstasy Withdrawal: What is Ecstasy?

Ecstasy is an illicit stimulant with a shape-shifting reputation in the world of drugs of abuse. Although MDMA (3, 4-methylenedioxymethamphetamine) is the clinical description, there are a host of other equally alluring monikers such as Molly and Ecstasy, which remains one of the most popular names. Studies show that while most individuals in the Ecstasy use demographic are aware of the drugs euphoric and energy booting properties, few demonstrated or showed interest in understanding Ecstasy Withdrawal. In fact, this lack of understanding Ecstasy withdrawal symptoms was a major contributor to continued use or knowing how to stop taking Ecstasy when uncontrollable cravings become a problem.

There is a common and potentially dangerous misconception that Ecstasy is not an addictive substance.  However, as a result of multiple research and clinical studies, there is sufficient scientific evidence to substantiate the dependence criteria for Ecstasy.  Dependence is technically defined by the individual’s recognition that they do not know how to stop taking Ecstasy and Ecstasy withdrawal symptoms experienced when chronic drug use is suddenly halted.  As such, understanding ecstasy withdrawal symptoms could help to temper Ecstasy use that often lead to dependency and addiction.

Of most importance, is recognizing the potential for physical and psychological harm that can occur with habituated use of Ecstasy. Understanding Ecstasy withdrawal and the range of unpleasant Ecstasy withdrawal symptoms could minimize the number of recreational users who want to but do not know how to stop taking Ecstasy.

Based on studies conducted by the National Institute on Drug Abuse and other research entities, Ecstasy increases the activity of Dopamine, Norepinephrine, and Serotonin, which are important chemicals in the brain. Once dependency occurs, imbalances in these chemicals contribute to the diversity and complexity of Ecstasy withdrawal symptoms which may include agitation, cravings, depression, sleep disruptions, concentration, memory problems, and paranoia.

If you or a loved one has been in long term use of Ecstasy or consuming the drug recreationally, it is possible to experience one or all of these Ecstasy withdrawal symptoms. Understanding Ecstasy withdrawals can help to avoid experiencing dependence, addiction, and the accompanying harmful effects of substance abuse associated with this drug. The good news is, there are effective treatment programs that can show you how to stop taking Ecstasy and provide a safe environment and medical oversight for individuals going through Ecstasy withdrawals.

Get help as soon as possible to minimize the risk of irreversible or potential long term effects of this drug.