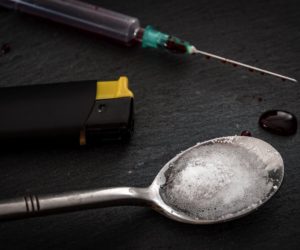 It’s true. When an addict gets the full details of meth withdrawal explained, they can be deterred completely from beginning rehab. Statistics published on Health Research Funding show that as many as 88% (1) of people who are addicted to meth will relapse at least once during their recovery. Yet there are a number of forums and online communities circulating where meth users say that the meth withdrawal symptoms are not as bad as those experienced by people withdrawing from opiate drugs or sedative/tranquilizer drugs.

In reality, the physical meth withdrawal symptoms are significantly less dramatic than those experienced by other drug users. However, many users underestimate the severity of the psychological symptoms of detoxing from long-term meth use. When those people get the full details of meth withdrawal explained to them, it becomes much easier to formulate a plan to become clean and sober. With proper guidance, ot also becomes easier to develop a strong relapse prevention strategy that can reduce the risk of returning to self-destructive behaviors associated with addictive meth use.

What Happens to Your Body When You Do Meth?

The majority of people who use meth only concern themselves with what happens to the way they feel when they use the drug. They often don’t realize what happens to your body when you do meth. The actual length of time it takes for a person to experience the effects of methamphetamine will depend on a variety of factors. The form of meth taken, the amount used, and the route of administration all play a part in how quickly a user begins to experience the full effects.

For the most part, people tend to smoke meth crystals, snort meth powder, or swallow a methamphetamine pill. However, some people may choose to dissolve the powder into alcohol and drink it, or dissolve it into water and inject it directly into a vein. Users report that smoking the crystal form of methamphetamine has the fastest results, causing a rush of euphoria almost immediately.  Users feel as though they suddenly have plenty of energy and improved focus, with a sense of feeling stronger, able to do almost anything or in some cases almost invincible.

In reality, methamphetamine creates an artificial trigger that tells the brain to release a flood of feel-good hormones into the system, such as dopamine. Those hormones are released into the body at more than 1,000-times higher than the normal levels. At the same time, meth blocks the brain’s ability to effectively recycle the overload of dopamine, which is what causes a user to feel such a rush of good feelings.

The reality of what happens to your body when you do meth is that a range of artificially triggered changes occur. The body responds to the stimulus by increasing the heart rate and breathing rate. The body’s temperature also increases, which can cause some people to feel nauseous or even to vomit. A user will feel decreased appetite and may not feel the need to eat, sometimes for days.  Research indicates (2) that some users may decrease their food intake by up to 80% while under the effects of methamphetamine.

Another unpleasant aspect of what happens to your body when you do meth is that the drug dries out the saliva glands in the mouth, causing acids found in food to cause tooth decay at faster rates. Users know this phenomenon as ‘meth mouth.’

The brain also adapts to the artificial trigger that meth provides as a short cut to releasing feel-good hormones. As a result, users can develop tolerance quickly, so they need higher doses to achieve the same effects that used to be reached with much smaller amounts.

The physical meth withdrawal symptoms may include:

The symptoms of depression caused by coming down from crystal meth use can last longer and be significantly more severe than cocaine withdrawal.

Even when a user has the full effects of meth withdrawal explained and understands what happens to your body when you do meth, it’s still common to see users relapse and return to self-destructive patterns of behavior after a short period of time.

The key to quitting crystal meth and staying clean for good is to seek professional rehab treatment such as White Sands. Rehab therapies provide proper supervision and medication that can help reduce the worst of any meth withdrawal symptoms.  Rehab treatments also work to address the psychological side of addictive behaviors, which can help reduce the risk of relapsing. When a recovering person learns the proper tools and has access to the right recovery resources, it’s possible to get clean and stay clean for good.

If you are currently struggling with addiction to crystal meth, call (877) 855-3470 or visit our website at www.whitesandstreatment.com.