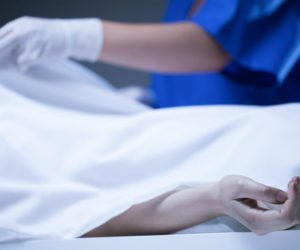 Synthetic Marijuana Deaths Are On The Increase

Once again, synthetic marijuana (K2 – spice) is in the news with dramatic stories of the tragic consequences of its use. Just recently over 100 people living in the Chicago area experienced severe bleeding after using K2, and there were three synthetic marijuana deaths. The public must be made aware of the dangers associated with this dangerous chemical cocktail.

Synthetic marijuana deaths are becoming more common because the substance is not regulated. The synthetic marijuana is composed of a combination of drugs, including some psychoactive chemicals, which is sprayed on plant material to be eaten or smoked. The effect is a high that mimics the one created by the marijuana compound,THC, but it is far more potent and dangerous. The purchaser has no idea of the contents of the K2 he or she buys because there is no regulation over the ingredients it contains.

Packaging for the synthetic drug is bright and colorful with names such as Joker, Spice, Black Mamba, Bliss, Green Giant, Kush, Kronic, Genie, Bombay Blue, and Zohai and is labeled as incense and not for human consumption. This drug is “secretly” sold as a safe alternative to marijuana, but it is extremely toxic and often laced with deadly chemicals such as rat poison. Just three years ago, more than 160 people were hospitalized in New York state after using synthetic marijuana marketed under the name Green Giant. It is never safe to use synthetic marijuana.

K2 side effects will vary from one product to another. Since there is no exact ingredient list for synthetic cannabinoids, K2 side effects can vary in severity, but the following are common side effects the user may experience. They are generally more sever than the effects of marijuana.

Calls to poison control centers have increased annually, and for some users K2 side effects include severe neuropsychiatric, cardiovascular, and renal effects. Coma and death also occurs, but less often. Some makers include poisons and other chemicals in their concoctions, making some product far more dangerous than others. No synthetic marijuana is the same as the actual plant. No one should use K2 just because it’s cheap, because the results can cost your health.

The plant material coated with chemicals and sold as synthetic marijuana is dangerous. The spice drug effects (one of many names) are not consistent because the ingredients change. Some users smoke the substance, and others ingest it as a tea. The mixture can contain rat poison, which causes many users to end up in the emergency room. The individual may experience a “marijuana like” high, but more serious spice drug effects may also occur including headaches, confusion, rapid heart beat, seizures, and unconsciousness. Spice users never know what they are putting into their bodies or know when it will be the time that costs them their life.

According to a report released by the Centers For Disease Control and Prevention (CDC), “Educating the public on the potentially life-threatening consequences of synthetic cannabinoid use is important for countering the observed upward trend in synthetic cannabinoid poisonings.” If you find small aluminum foil bags in your home advertising incense, you have most likely have a family member who is experimenting with synthetic marijuana. Ask questions, and get help for the person before it is too late.

White Sands Addiction Treatment Centers in Tampa and Fort Myers FL can help you. Call them at (877) 855-3470 and speak to an addiction specialist. All the help you need to get your loved one off of synthetic marijuana is available at this modern facility. Don’t wait, your family member’s next experiment could be his or her last.