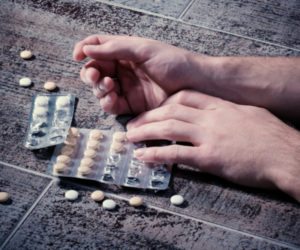 Tramadol is a generic analgesic pain medication marketed under various brand names drugs such as Ultram and Ryzolt. These drugs work primarily in the central nervous system (CNS). They help to manage pain produced by conditions such as fibromyalgia. Analgesics, in some instances, help to reduce opioid consumption. Although its actions are similar to other opioid CNS depressants, Tramadol causes less respiratory depression than drugs like morphine. The occurrence of respiratory depression when experienced, is typically among individuals 60 or older who have been taking Tramadol for approximately one month or less.

Tramadol is a white, odorless, bitter, crystalline powder with Hydrochloride as the active ingredient. It is available in various 50 mg gray or white round, oval or capsule shaped tablets imprinted with the various manufacturers logo information.

The U.S. Drug Enforcement Administration (DEA) classified Tramadol as a Schedule IV Controlled Substances. As such, all Tramadol salts, isomers, and salts of isomers are subject to this designation which imposes regulatory controls applicable to persons who handle or propose to handle tramadol. The Controlled Substances Act (CSA) is the federal U.S. drug policy under which the manufacture, importation, possession, use and distribution of Tramadol and various narcotic and other chemicals are regulated. Drugs with a Schedule IV classification meet the criteria for having accepted medical use with a low potential for abuse as well as limited physical or psychological dependence. This drug was placed on the Controlled Substance Act list due to ongoing expansive misuse.

Tramadol was originally launched in 1977 as Tramal in West Germany by Grnenthal GmbH. It was not until 1995 that it was approved for use in the United States under the trade name Ultram. At that time it was not recognized as a controlled substance. Due to its composition, Tramadol drug was originally prescribed as a safer alternative treatment than other narcotic pain medications. Following several reports and data from research studies, FDA, Norman Rosenthal released a statement to the public warning of the dangers intrinsic to this drug which included suicidal thoughts and actions, negative interactions with other substances, the potential for abuse, addiction and overdose. These concerns later led to the change in status for this drug. It was placed on the FDA Controlled Substance List on August 18, 2014.

Tramadol is primarily used to help manage moderate pain symptoms. The effects of an immediate release oral formulation take approximately one hour to be felt and may peak between two and four hours. Medical data shows Tramadol ‘s effectiveness is equal in strength when used for moderate pain. However, when pain levels are severe, it is shown to be approximately one tenth the potency of morphine on a dose-by-dose basis and therefore less effective.

Serious side effects resulting from Tramadol use that many require medical attention include:

Abuse has led to physical dependence and addiction to Tramadol. As a result multiple fatal overdose events have been reported primarily when the drug is used in combination with other chemical substances such as alcohol.  Tramadol overdose reactions may include seizures and depression leading to deliberate suicide attempts or completion.

Habitual long-term use of high doses of tramadol has also been affiliated with withdrawal symptoms such as tingling or burning sensations on the skin, ringing or buzzing sounds in the ear, hallucinations, paranoia, extreme anxiety, panic attacks, and confusion. Withdrawal symptoms in some cases may commence between 12 to 20 hours after the last dose and can last up to seven days or more.

For those who have developed a physical addiction to Tramadol, professional help may be required to overcome this addiction. Drug Rehab Treatment Centers provide inpatient treatment programs that involves entering our medically equipped, state of the art treatment facility for a period of 30 to 90 days. This treatment option has been shown to be the most effective in helping patients of addiction to enjoy long term sobriety. Inpatient rehabilitation involves full immersion in the treatment process to prevent opportunity for relapsing.

Outpatient Treatment programs gives patients access to similar inpatient services but allows the individual to return home at the end of each day. Patients who require a medical detox will stay in the facility until the elimination process is completed and physical and mental stabilization has been achieved. All our treatment programs commence with a thorough physical and psychological evaluation which often highlight comorbid conditions that may be driving the addictive behavior. As such we provide dual diagnosis treatment for those suffering with other underlying conditions. In order to facilitate full recovery and long term sobriety we provide each patient with a customized treatment program that is comprehensive in nature and administered by qualified board certified addiction clinicians.

If you or a loved one has a chronic illness that has led to the use and abuse of Tramadol, we can help. Call our Drug Rehab Treatment Centers at 877-855-3470 today and speak to our compassionate and experienced addiction counselors about a treatment program that is right for you.