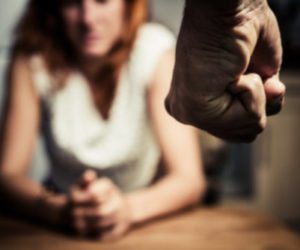 While there is a definite link between substance abuse and domestic violence, alcohol and drugs are not the only contributing factors. Research shows that even when abusers become abstinent, they may still act in violent ways toward their intimate partner. The misuse of alcohol and drugs contributes to the violence because they act as a trigger for aggressive behavior. Alcohol, cocaine and amphetamines are known to trigger violent behavior. Marijuana and Percocet withdrawal is also linked to aggression. Some abusers will blame their violent behavior on their substance abuse problem and others use alcohol and drugs to suppress their feelings of guilt.

Specific profile markers believed to link substance abuse with domestic violence include: young males; a history of behavior problems; someone who suffers from stress, anxiety, depression or other mental disorders; family problems; was a victim of abuse; has a low socio-economic status; has cultural, social, spiritual or political beliefs that support abuse.

Victims of substance abuse may start to use alcohol and drugs to numb the physical and emotional pain of abuse. They often become dependent on pain medications, sedatives and tranquilizers. The stress and fear of violent abuse also causes some victims to develop post traumatic stress disorder (PTSD).

Recovery from addiction is available to all at rehabilitation centers. Both abusers and victims of abuse become patients at rehabilitation centers to address not only their substance abuse problem but also the domestic violence issues. To properly treat both issues, therapy must be thorough and integrated, and address both violent behavior and victimization. Alcohol and drug counseling should be addressed along with the domestic violence program. By linking the connection between substance abuse and violent behavior, the recovery process will be more effective.

Domestic violence centers offer shelter and safety to victims of abuse, but many do not have programs to treat substance abuse. The lack of alcohol and drug counseling, and how it relates to domestic violence, leaves half of the problem untreated. For full rehabilitation it is essential that both issues are addressed. Victims of abuse who become abstinent report feeling stronger and more in control of their situation at home.

Perpetrators of violence, on the other hand, should take responsibility for their behavior. Their treatment should include alcohol and drug counseling and behavioral therapy. They must learn new coping skills to intercept any triggers toward violent behavior. Co-occurring mental disorders should also be treated through therapy and possibly medications. Batterer intervention programs are designed to treat and stop domestic violence.