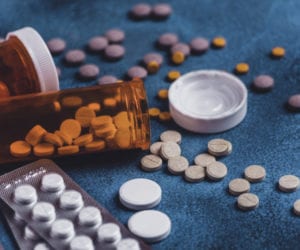 If you or someone you love is addicted to any of the top 3 commonly abused prescription drugs, learn how rehab can help you.

When approximately 48 million Americans aged twelve years and older are using prescription drugs for non-medical purposes, we have a serious problem. This statistic from the National Institute on Drug Abuse reports that this issue represents about 20% of the American population. We need to focus on the top commonly abused prescription drugs and what can we do about it.

Most people are prescribed medications to treat different health problems. Some of these medications are a high risk for dependence even when taken at the suggested dosage. Many people may increase their consumption of these drugs beyond the recommended dosage because they may be trying to self-medicate against chronic pain, injuries or other health issues. Others are just taking prescription medication recreationally and do not have a medical need for the drug. These people are abusing the drugs voluntarily and many do not realize the consequences that may occur from this practice. Repeated drug abuse causes changes in brain chemistry that may cause intense craving for the drug, withdrawal symptoms when the drug is not taken and also impair executive functions of the brain.

The National Institute on Drug Abuse reports that there are three categories of commonly abused prescription drugs, which are:

1.) Stimulants such as amphetamines and dextroamphetamines. Some of the medications that are associated with this class of drugs are Adderall, Ritalin, Daytrana, Concerta and Methylin. Stimulant medications give the body a boost that increases energy and focus, but it also increases blood pressure, blood sugar and heart rate. It also constricts blood vessels and opens respiratory pathways. Stimulants are used to treat mental disorders, narcolepsy and other health problems. Taking stimulants under a doctor’s supervision is considered safe. Abusing them or mixing them with other drugs may lead to addiction and various health problems.

3.) Central Nervous System Depressants such as Valium, Xanax and Ativan are usually prescribed to treat sleep disorders, seizures, anxiety and are also used as an anesthetic. They decrease brain activity and create a calming and sleepy effect on the user. Depressants are safe to use short-term at the prescribed dosage, but long-term use may cause the body to build up a tolerance to the drug. Tolerance makes the drug ineffective and larger doses will be needed to produce the same effects as before. Taking depressants with alcohol or other central nervous system depressants can cause respiratory depression where the heart and breathing becomes slow or stops, and this may lead to death.

Some of the most popular street drugs are prescription drugs and their use is increasing among the American population. The most widely abused drugs are being offered in greater amounts by physicians and this is causing the problem to escalate. Efforts are being made to hold physicians more accountable for the increase in prescriptions that are written. These drugs are also being sold on the street where they are reaping a good profit for the drug dealers. Young people are reportedly having pill parties where they bring their parent’s stolen prescription drugs to a party and mix them on a table with other prescription medications. Then they help themselves to whatever drugs look interesting to them. Often they don’t even know what kind of pills they are taking. Efforts must be made to being awareness to the dangers of these drugs to parents and children.

The most widely abused drugs in the U.S. include both illegal and prescription drugs. A concerted effort within all facets of the community will have to be made to rein in the drug abuse problem. This includes public education, the medical community, social services, law enforcement, social and religious organizations etc. By working together we can overcome this great drug abuse problem.