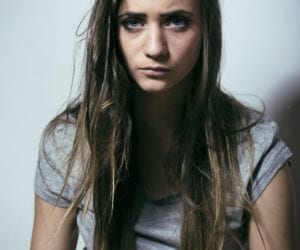 Is your teen at risk for drug addiction? The latest teenage drug trends may hold the answer.

Surveys revealing the latest teenage drug trends offer a mixed bag for parents concerned about the safety of their teens. Drug abuse and mental health issues affect millions of teenagers and adolescents in the United States. Parents have a hard task on their hands, trying to discern the difference between normal teenage moodiness and the signs of incipient drug addiction. Recent substance abuse surveys reveal decreasing levels of drug use among teens, combined with a lowered awareness of the risks of drug use.  A closer look at the latest teenage drug trends reveals an urgent need for parents to stay alert for signs of drug use in their teens.

The latest teenage drug abuse statistics unveil  that for more than two decades, the National Institute on Drug Abuse has sponsored an annual Monitoring the Future survey. The survey questions teens in the 8th, 10th, and 12th grades about their use of drugs and other intoxicating substances. Results from the 2016 Monitoring the Future survey revealed the prevailing trends in teenage drug use.

The latest survey reveals a definite downward trend in the latest teenage drug trends and teen drug and alcohol use.  The number of teens using the most commonly abused drugs has decreased in the past year, with sole exception of marijuana. Use of marijuana by 12th graders remained unchanged, while its use among 8th and 10th graders is at its lowest level in the past twenty years. Alcohol use and binge drinking continued a downward trend among all teens. Past-year use of alcohol was reported by 17.6 percent of 8th graders, 38.3 percent of 10th graders, and 55.6 percent of 12th graders. Drug use among teens is now at the lowest levels since the survey began for the following drugs:

Other illicit substance use decreased as well. There has been a 5-year downward trend in the number of teens using certain intoxicating substances:

While the latest teenage drug trends are encouraging, studies also revealed a troubling trend in the way that students perceive drug use. There has been a decline in the perceived dangers of using drugs and intoxicating substances. As an example, fewer 8th graders believe that the occasional use of Ecstasy (MDMA) or bath salts is dangerous, and fewer teens disapprove of taking Ecstasy or inhalants on a regular basis. This trend of downplaying the risks of drug use is even more apparent among 10th graders. Fewer 10th graders perceive the regular use of inhalants or the occasional use of crack, Vicodin, or synthetic cathinones as risky or dangerous. This trend of teenagers viewing the use of dangerous substances as acceptable does not bode well for their future safety.

SAMHSA, the Substance Abuse and Mental Health Services Administration, conducts an annual survey to find out the latest young adult and teen drug addiction trends. The 2015 National Survey on Drug Use and Health included a battery of questions designed to elicit an accurate portrait of substance use disorders or SUD (what used to be known as drug addiction) in teens aged 12 to 17 in the past 12 months.

A teen is considered to have a substance abuse disorder if she or he has experienced clinically significant impairment caused by the recurrent use of alcohol or other drugs. These impairments may appear in the form of health problems, disability, or failure to meet major responsibilities at work, school, or home. According to the survey, an estimated 1.2 million teens qualified as having a substance abuse disorder in 2015. An estimated 651,000 teens (2.6 percent ) had a marijuana use disorder in the past year, and 623,000 teens (2.5percent )  had an alcohol use disorder.

While some of the above teen drug use trends are encouraging, parents need to remain vigilant for the early signs of drug abuse in their teens. Some drugs such as crack have been known to cause addiction from the very first time they are used. Inhalants and certain other intoxicating substances can cause irreversible brain damage every time teens use them, creating a cumulative effect that can take a devastating toll on their future well-being. If your teen is showing any signs of drug addiction, please call an addiction treatment center at once.