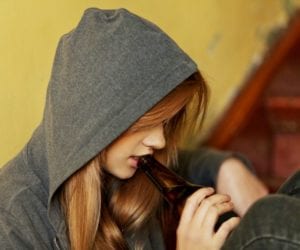 Approximately 1.2 million teens had an addiction to drugs, alcohol, or other intoxicating substances in 2015, according to recent surveys on adolescents and drug abuse. Many of those teens were addicted to more than one substance. When teens are addicted to something, they continue using it even though it significantly impairs their life and causes health problems, disability, or failure to meet their responsibilities. Teens who display this addiction pattern are considered to have a substance use disorder or SUD.  When left untreated, teenage drug addiction can develop into a lifelong addiction problem that destroys every aspect of the users’ lives. The latest teenage addiction statistics reveal the extent of the problem facing us today.

In 2015, an estimated 5 percent of teens aged 12-17 were addicted to drugs or alcohol, according to the 2015 National Survey on Drug Use and Health Statistics survey conducted by SAMHSA, the Substance Abuse and Mental Health Services Administration. The survey’s statistics on substance abuse disorders among 12 to 17-year-old adolescents paint a revealing portrait of the threat drug addiction poses for adolescents in this country:

Teens who engage in substance abuse before 18 are eight times more likely to develop an addiction problem in adulthood, according to the American Family Physician. By examining statistics of drug abuse among teens in the eighth, tenth, and twelfth grades in high school, we can see where the greatest opportunities for intervention exist. The Monitoring the Future study by the National Institute on Drug Abuse (NIDA) revealed these teenage drug abuse statistics:

Impact of drug abuse on teenagers

Drug abuse has a devastating impact on every segment of teenagers’ lives. Once you’ve read about teenage addiction statistics, you may be more aware if your teen is showing signs of abuse. Teens who abuse alcohol, drugs, or other substances have higher rates of failing in school, and they have an increased risk of becoming addicted later in life. The poor judgment that accompanies drug use may lead teens into situations that put their lives in danger, such as car crashes, unplanned and unsafe sex, and sharing needles. The best way to minimize the impact of drug abuse on teenagers’ lives is to educate them so they never take that first pill, puff, or huff. Talk to your teens honestly and openly about drug use before it becomes a problem. Keep the lines of communication open. And if you start to notice signs that your teenagers have begun abusing drugs, get them help from a drug addiction treatment center at once. Vigilant parenting provides the best chance of protecting teens from the dangerous consequences of drug abuse now and in the future.