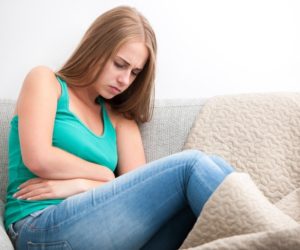 Opiates refers to a group of drugs that contain opium, opium derivatives, and semi-synthetic or synthetic substitutes, that have an opium-like chemical structure. Whether these drugs are used for medical or recreational reasons, there is a high risk of dependency and addiction with repeated use. The most commonly abused opiates; heroin, codeine, oxycodone, hydrocodone, and fentanyl, typically produce very distinct stages of opiate withdrawal.

Regardless of which opiate you become addicted to, it is possible that you will experience the different stages of opiate withdrawal in varying degrees when you stop using the drug.

Although there are distinct stages of opiate withdrawal, it is important to note that the duration and particular subset of withdrawal symptoms can be different for each person. Studies also show that the mechanism of opiate addiction and stages of withdrawal is different from other drugs. For this reason, it is almost impossible to provide a specific answer to how long does it take to get off opiates. On the other hand, it is possible to suggest proven guidelines for how to deal with opiate withdrawals.

Stage One of an opiate withdrawal usually occurs within eight to sixteen hours after the last dose.  Symptoms during this stage include, but are not limited to, cravings for the drug and feelings of irritability, agitation, anxiety, and the inability to sleep. Other physical symptoms could include sweating, watery eyes, dilated pupils, and chills. During the beginning stages of opiate withdrawal, it is also not uncommon for the individual to find it difficult to function normally due to these symptoms.

Physical symptoms of early withdrawal can also include runny nose, involuntary twitching, and goosebumps. Patients may complain of agitation, anxiety, restlessness, nausea, vomiting, and diarrhea. Most patients report that the early stage of opiate withdrawal tend to be the most difficult, however, in cases where poly-drug use has occurred, symptoms may become increasingly worse. Overall, the first stage of opiate withdrawal can last anywhere from one to two days.

Stage Two can commence between thirty six and forty eight hours after the initial symptoms manifest.  In this stage, the severity of the initial symptoms, as well as blood pressure and respiratory rate, may gradually increase before beginning to subside. Cravings may also intensify and if depression is part of the withdrawal subset for that individual, it will most likely begin to surface at this point.

It is critical during the first and second stages of opiate withdrawal, that person the is not left alone. Based on the person’s mental health, depression can escalate quickly to the point that an attempted or completed suicide could occur. Cravings can also be strong enough to present the risk of a relapse.  There have also been reports of pancreatitis and seizures occurring in some patients during this stage of opiate withdrawal.

How to Deal with Opiate Withdrawals

How long does it takes to get off opiates? That depends on the treatment regimen the patient receives.  In cases where the patient has around-the-clock medical supervision that facilitate complete rest and proper nursing care, the recovery period could be shortened.  Also, in instances where pharmacological interventions are introduced such as the administration of an opioid antagonists like, naltrexone (Revia), there is usually an intensification of the opiate withdrawal symptoms, which may also reduce the opiate withdrawal process or how long it takes to get off opiates.

The following are some of the best ways suggested for how to deal with opiate withdrawals:

Although many people successfully deal with opiate withdrawals on their own, professional help from qualified addiction specialists is always recommended. It is also important to remember that halting drug use and getting to the other side of withdrawal symptoms is only the first step in the recovery process.