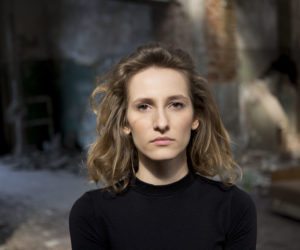 Protect Your Loved Ones by Knowing Today’s Drug Trends

Drug deaths are on the rise. This fatal trend is one that must be stopped. According to a CNN news article, drugs are now the leading cause of accidental death in the United States. Deadly overdoses kill more people than car accidents and shootings. Drug trends reveal there are more than two million new drug users each year. As many as fifty percent of new users are under the age of 18.

Current drug trends draw in regular people, who have no idea they are about to become addicted. Doctor’s patients are swept up into the devastating illness of addiction due to an initial need for pain killers as the result of an illness, accident, or surgery. Many become dependent on the prescription drugs and find they are addicted once the prescription is no longer refilled. Ashamed and embarrassed they turn to the streets to fill the need for their new addiction instead of talking to their physician. According to WebMD, “It’s hard to know how many people in the U.S. are hooked on prescription drugs. That’s because only overdoses can be easily tracked.” It’s impossible for doctors to know how many people will become addicted because of prescription drug abuse because even when a number of patients misuse prescription pain pills, they do not always become dependent on them.

People with mental illnesses are more apt to be susceptible to substance abuse and addiction. A pain medication may also ease his or her stress resulting in an environment that can easily turn into a dependency. When the prescription can no longer be refilled, the patient may start doctor shopping. Physicians face a difficult dilemma when they try to determine when a patient truly needs pain medication and when he or she is abusing them. Millions of painkiller prescriptions are written every year, and it is not surprising to find that more people are dying from prescription drug abuse than from illegal street drugs.

According to the National Institute on Drug Abuse, the majority of drug users started in their teens. Marijuana is the starter drug for more than half of street drug users, followed by prescription pain relievers, and then inhalants. Young teens are most likely to get involved with inhalants because they are so easy to access and inexpensive. Once the addictive process has taken hold, only professional help can bring about recovery. In the greater Tampa Bay area of Florida, the WhiteSands Treatment Center is dedicated to aiding in the recovery and restoration of people who have been caught up in the vicious cycle of drug addiction.

Every drug is available on the street, and dealers hang out in areas where teens go after school. Dealers also have “locations” where they can be found in low income neighborhoods. Current drug trends include the many “unknowns” associated with new street drug names. The most important “unknown” is the source of the ingredients used to make the drug. People don’t know what they are getting. Drug dealers frequently use toxic chemicals in place of drugs in order to make more money. Bleach, cleansers, and other poisons have been found in illegal street drugs. Many times substitute drugs are offered if the first choice is not available, and people find themselves burdened with multiple addictions. New street drug names include the following:

Other dangerous drugs hitting the street include “flakka” or “gravel,” which is a variation on the “bath salts” trend. A marijuana substitute called “spice” is called dangerous by the National Institute on Drug Abuse because its ingredients are unknown. It may also be called K2, moon rocks, and black mamba. A highly dangerous psychedelic drug is called “smiles” and deaths have been linked to it. A new variant of “Ecstasy” is known as “Molly,” and it can be deadly.

Street drugs kill people every day. If you or someone you love is dependent or addicted to these deadly drugs, you need to get help today. WhiteSands Treatment Center can help. It’s a matter of life or death.