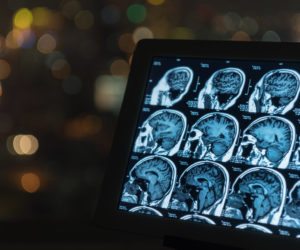 The devastation that a drug addiction can cause can be severe. It can not only affect many areas of the person’s life, but it can leave lasting health problems. Brain damage after drug overdose is a concern for some drug users who have overdosed on drugs such as opioids and cocaine. According to the CDC, 2016 has had the most drug overdose deaths in recent history. 64,000 people died from various drug overdoses, fentanyl deaths being among the highest at 20,000 reported deaths.

With many drugs being stronger now than ever before, such as fentanyl, the risk of overdose has never been higher. The long term effects drug overdoses can cause, such as brain damage after drug overdose, will be discussed in this article.

What Causes an Overdose?

While some people may overdose on purpose to attempt suicide, the majority of overdoses are an accident. There is no standard for street drugs to adhere to and drugs such as fentanyl that is being produced illegally can be extremely potent. Since the buyer is unaware of how strong each dose is, they may take too much and have an overdose.

As a tolerance develops to drug abuse, which occurs with continued use, the person may end up taking far too much in an effort to feel the effects of the drug.

Mixing various drugs together can also cause an overdose, such as cocaine and alcohol or meth and opioids.

The Cause of Brain Damage after Drug Overdose

In the case of opioids such as heroin or fentanyl, the person’s heart rate and breathing is slowed down. It can be slowed down to such an extent that it can become a serious problem. One of the biggest causes behind brain damage after drug overdose is the lack of oxygen to the brain. Opioids can make your body forget to breathe due to effects it has on the nervous system.

Can a Drug Overdose Cause Permanent Brain Damage?

Each person who experiences an overdose and subsequent brain damage may have slightly different symptoms. Commonly seen brain damage caused by drug overdose includes the following:

Seeking medical attention in a timely manner is utterly important once an overdose has occurred. In some states, even police officers come equipped with anti-opioid overdose medication due to the widespread abuse. Of course, the best way to avoid overdose and possible brain damage is to seek drug addiction treatment before an overdose occurs.