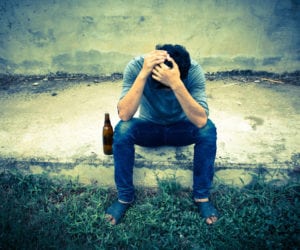 The Long and Short Term Effects of Alcohol Abuse

Ready for detox? Click here to learn more about the alcohol detox process and how to make it go as smooth as possible.

What Is Considered Alcohol Abuse?

With this classification, the NIAAA goes on to explain what is considered to be low-risk drinking. Staying within these limits greatly reduces your chance to become an alcoholic, and helps to avoid the dangers of binge drinking. The limits are as follows:

Now that we’ve looked at short term effects of alcohol abuse, we will explore the dangers of extended heavy and binge drinking. Binge drinking occurs when a person drinks more than the suggested safe limits in a day. Heavy drinking is when these limits are broken on at least five occasions in a single month.

The risks involved with long-term drinking should not to be ignored. It can have a devastating effect on many major organs throughout the body. The most notable organs that are affected include the following:

Of course, the sooner a person stop their abuse of alcohol, the less damage it can do the body. It can be difficult to stop drinking alone and if you or someone you care about needs help to become sober, then call WhiteSands at (877) 855-3470.