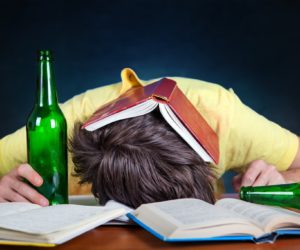 If you have a college-age student, finding out what the latest college drug use statistics reveal is a necessity. If you take the literature that college campuses supply students and parents at face value, you might believe that higher learning institutions have all but eliminated the problems of drug and alcohol use on campus. The reality that the latest college drug use statistics reveal is a bit different. Figures from reputable sources including the, 2015 edition of the National Monitoring the Future drug survey sponsored by The National Institute on Drug Abuse, show that while drug use by college students is down in certain key categories, abuse of drugs and alcohol remains an area of concern on campus.

Illicit drug use in college students

The statistics on incidence of illicit drug use among college students show the following results:

College drug use statistics show he abuse of prescription drugs is a widespread problem on college campuses across the country. Many students who were prescribed Adderall or other medications for ADHD, end up giving or selling their drugs to fellow students who want to improve their school performance.

The latest insights on alcohol abuse in college students given by, The National Institute on Alcohol Abuse and Alcoholism, reveal some disturbing facts. According to information from the 2015 National Survey on Drug Use and Health (NSDUH), college students between the ages of 18 and 22 abuse alcohol at higher rates than other persons of the same age. The study showed that these increased rates occurred in the prevalence of drinking, binge drinking, and heavy drinking.