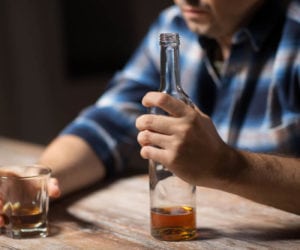 Why Do People Become Addicted to Alcohol? The Science Behind the Complex Disease

Alcohol addiction is not something to be taken lightly. It ranks as the most dangerous drug of abuse in the world, based on more than just what it does to the body, but also the effects it has on society as a whole. Statistics put the number of people with alcohol use disorder in the United States at 15.1 million adults in 2015. But why do people become addicted to alcohol when many are aware of the risks?

Get the facts on alcoholism. Click here for more information on the dangers and causes of alcohol abuse.

In this article, we will uncover the truth behind what makes alcohol addictive and discuss what happens when you become addicted.

Studies point to the fact that the type of alcohol usually found in drinks, ethanol, isn’t actually addictive by itself. So, why do people become addicted to alcohol? Only the chemical reaction in the brain due to alcohol consumption is addictive.

Neurotransmitters’ function is to deliver vital messages from cell to cell in the body. With each communication, they move from a specific transport site to a nerve receptor. Many important functions of the body, such as digestion, blinking, heart rate and breathing among others rely on proper neurotransmitter function.

One of the neurotransmitters that are often talked about when answering the question “why do people become addicted to alcohol?” is the GABA neurotransmitters. It is the main inhibitory transmitter in the brain. It’s also known as gamma-aminobutyric acid. Usually, it keeps a steady balance in the brain by reducing excitability; however, when alcohol is introduced, it increases the GABA transmitter levels. This causes an abnormal degree of reduced excitability, which is why intoxicated people often stumble and have difficulty controlling their balance or talking. It essentially sedates brain activity and more alcohol has a greater effect.

Since the brain is always trying to find a balance, the response to this condition is an increase in glutamate, which is an excitatory neurotransmitter. This is a common situation in a person who drinks heavily and frequently. It’s an endless cycle where drinking alcohol increases the levels of GABA receptors and then the brain responds by creating higher levels of glutamate. This is essentially how a tolerance forms, and due to such high levels of glutamate, higher and higher amounts of alcohol are required to reach the levels of GABA neurotransmitter activity that cause the person to feel drunk.

So, what makes alcohol addictive? A large part of it is believed to be due to the increase in dopamine and endorphins. These are the chemicals responsible for feelings of reward and euphoria. To the user, it feels like the brain is rewarding the consumption of alcohol, thus reinforcing the continued patterns of abuse. These effects along with the effects on the GABA transmitters are ultimately what cause the substance to be addictive: due to the reaction alcohol has in the body.

Help can always be found through alcohol dependence treatment programs. Call WhiteSands at (877) 855-3470 to find out how they can help you.