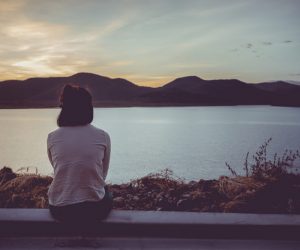 When most people think about drug overdose, they tend to imagine an unresponsive person who may have lost consciousness or their breathing has slowed and become too shallow. However, many people don’t realize that while the person experiences an overdose, the brain can suffer significant damage.

Public health announcements in recent years have helped to increase awareness that drug overdose can sometimes be reversed using specific types of medications, such as naloxone. The common belief is that an affected person receives a dose of naloxone, the overdose is ended, and the person recovers.

In reality, the person may experience various symptoms of brain injury and brain damage due to overdosing on opioid drugs.

During an opioid overdose, the affected person’s breathing will slow down to dangerous levels, which causes a lack of oxygen to the brain. If the person’s breathing stops before naloxone can be administered, the brain isn’t receiving any oxygen at all for some time. If the person survives the overdose, they may experience a range of symptoms associated with brain damage.

Toxic brain injury is the term given when a person survives an opioid overdose in which there was little to no oxygen going into the brain for some time.

Symptoms of Brain Damage From Overdose

In severe cases where the brain has been deprived of oxygen for a more extended period, it is also possible that a significant hypoxic brain injury can leave the person in a vegetative state.

Some people may also suffer from an acute lung injury, which can cause ongoing breathing problems in the future. If the person overdoses again and has a pre-existing lung injury, the risk of respiratory failure and death is increased.

How to Recognize an Overdose – Signs and Symptoms

Some of the more common signs and symptoms of an opioid overdose include:

What to Do During an Overdose

If you suspect someone is experiencing an overdose after taking opioid drugs, call 911 and request an ambulance or immediately contact your local emergency services provider.

Your ER provider or emergency first responder may be able to administer naloxone to reverse the effects of the opioid drug in the system. If the person’s breathing is affected, oxygen support may also be provided.

How to Prevent Brain Damage from Overdose

When the ambulance arrives, first responders will check the affected person’s vital signs and assess the situation’s severity. Anyone being treated for a suspected opioid overdose will need to have a breathing tube inserted to help control the person’s airway and ensure they receive sufficient oxygen. After the person’s oxygen intake is controlled, a minimal dose of naloxone may be given.

The affected person may then be placed into the ambulance to be transported to the nearest ER. Some people experiencing an opioid overdose may regain consciousness at this point, particularly after receiving naloxone. As they won’t recognize where they are, they’re likely to become extremely confused. Some may also become aggressive or violent and may need to be restrained.

Once at the ER, nurses may continue to assist with breathing and oxygen intake. After the required dose of naloxone is given for the patient’s individual recovery needs, nurses may administer activated charcoal. The person will then likely be admitted into a hospital ward to be monitored until they can be discharged and return home.

Contact the staff at WhiteSands Alcohol and Drug Rehab or visit one of our many Florida locations to see how addiction treatment can prevent an overdose.