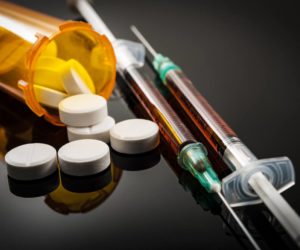 The widespread use of opioids in America has reached record levels in 2016 as the CDC released reports showing a staggering 115 people die on average every day in America due to opioid overdoses. To be better informed on the dangers of opioids, we must look at the most dangerous opioids list to better understand the risks when taking various opioids.

Opioids are some of the most effective medications for treating high levels of pain, both chronic and severe. They achieve this by working on the system in the brain that is in charge of regulating the feelings of pain and rewards or euphoria. Opioids are created from the opium poppy plants that are responsible for the creation of heroin.

Opioids are sold through prescriptions because of how addictive they are when misused. Many people take opioids for the euphoric effects they induce when taken in higher doses. The abuse of opioids leads to changes in the body resulting in withdrawal symptoms, addiction and dependence.

The following is a list of opiates that hold the greatest risk when abused.

In the list of opioids strongest to weakest, fentanyl is the most powerful of the prescription opioids. The highest rise of opioid related overdose deaths are attributed to the abuse of fentanyl – a highly powerful opioid. It is said to be 50-100 times stronger than morphine. It was first designed to be used post-surgery for severe pain. It is effective even in cases where other opioids are ineffective due to fentanyl’s potency.

In a list of opioids strongest to weakest, fentanyl is at the top. It’s abused due to its strength, especially when addicts start to build up a tolerance to the effects of opioids. Many people who abuse fentanyl for the first time aren’t aware of its strength, leading to overdose and making it one of the most dangerous in the opioids list.

The reason heroin is abused on such a wide scale can be attributed to its fast-acting nature. Since it is mostly injected, its effects are instantaneous – an addiction risk factor. Derived from morphine, heroin’s risk stretches beyond just the potency of the drug. Many dealers mix other substances in to make it more lucrative; however, this leads to greater harm and risk of overdose, and the reason why it is high on the dangerous opioids list.

News reports have identified OxyContin as a new date-rape drug. The high it produces lasts longer than street-opioid alternatives. It poses a risk not only to a willing user, but also to those who are unaware that they have been drugged, making it an important part of the dangerous opioids list.

The dangers of these drugs lie in their popularity. Because they are so frequently prescribed, many people are not fully aware of the addiction risk involved. Such an addiction can lead to severe health problems including overdose.

The dangers of opium are not just limited to the dangers of opioids in general. In the list of opiates, opium is dangerous because of people’s misunderstanding of the risks. It is seen as a natural opiate and therefore people believe it is not as dangerous. However, this is far from the truth as it holds as much risk as any other opiate.